Hit enter to search or ESC to close
Cattle RanchConservation 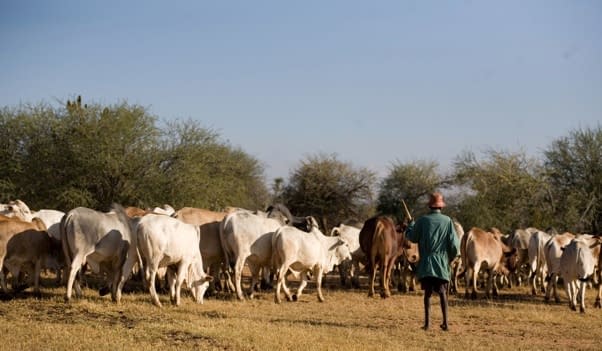 Sean Outram, Ranch Manager at Sosian, tells us why cattle are instrumental to wildlife conservation in Laikipia…

Sosian Ranch is 24,000 acre property in the heart of the Laikipia, which is part of the greater 56,000 square km Ewaso ecosystem in Northern Kenya.  Sosian, like many of the other properties in Laikipia, is determined to prove that livestock and wildlife are not mutually exclusive but are in fact beneficial to each other.

Laikipia has the highest diversity of large mammals in Kenya, including the Big Five, as well as wild dog, cheetah, spotted and striped hyena, jackal and caracal, which are all traditionally livestock predators and in the past were persecuted for this reason.  Twenty years ago most farms in Laikipia were cattle and sheep producers and wildlife was unwanted.  However with the growth of tourism, perceptions have changed and wildlife and livestock are part and parcel of modern day ranching.

The reasons are simple.  Firstly we are custodians of the land and to ensure its long term survival the land that we “own” must be producing as much as it can and be contributing to Kenya’s economy.  By diversifying we are able to do this and also make the business more stable to cope with the various challenges, which both tourism and farming bring.

There are no internal or external fences on Sosian and the wildlife is free to move as it needs to.  All of our cattle are controlled by herders who are with the animals all day, and at night the cattle are put into portable predator proof enclosures (bomas).

In the past large numbers of Acacia trees were used to make the bomas, which were unreliable and unsustainable on the limited amount of large trees we have. The local lion and hyena population was adept at spooking the cattle out of these bomas and the resulting losses were high.  The direct result of this was the creation of so called ‘problem animals’, which were then removed.  This then created unstable lion prides which were unable to hunt effectively and were essentially forced to continue preying on the easier livestock.  We have learnt that stable prides of lions result in minimal livestock losses.  Our new bomas, coupled with effective herding during the day has changed this overnight.

We now have a resident pride of 21 lions who no longer see cattle as an easy meal.

Another reason why we encourage wildlife and livestock is for the management of grazing which we can now do without having to carry out controlled burns. Cattle are used to graze areas of tall, old grassland clearing it out for the primary browsers and grazers such as Grevy’s and Burchell’s zebra, eland and beisa oryx, who are then not far behind.  Over time this is proving much more beneficial than fire for both livestock and wildlife.

Pumped water is a necessity for any livestock operation and obviously the game benefits from this as well.  By controlling the availability of this water we are also able to use the wildlife to our benefit to keep some grazing in reserve for the dry seasons.  We also ensure that our cattle are not grazing and drinking near the permanent Ewaso Narok River during the dry season, when species such as hippopotamus and buffalo are heavily reliant on the river and adjacent grazing.

Elephants, numbering some 6000 in the Ewaso ecosystem, play their role too in keeping areas of the farm open and preventing bush encroachment, which would reduce our stocking capacity.  It is commonplace to find our cattle grazing in amongst herds of elephants and waiting their turn to drink at various water sources.

All in all, the system is working and we now find that despite the stocking rate of livestock being lower than in the past the income derived is higher and this can be reinvested into the land to guarantee the long term survival of all the residents of Sosian and Laikipia.

Charlotte, married to Sean, has been running the Sosian horse safaris since 2006. As a passionate horsewoman, originally from the UK, she ensures a full yard of fit, healthy and well-schooled horses for our guests to ride.

Signup to get news updates and special offers from Sosian.