Hit enter to search or ESC to close

Sosian employs over 100 people from our neighbouring communities to help run the tourism, cattle, conservation, anti-poaching and security.  Many have been with Sosian right from the start and below are some of our long term key members of staff:

“Your care and professionalism were outstanding and it was your fun and enthusiasm that made our stay so incredibly, incredibly amazing. You have a truly brilliant team in place and you could not have worked harder to give us all such a wonderful holiday.” 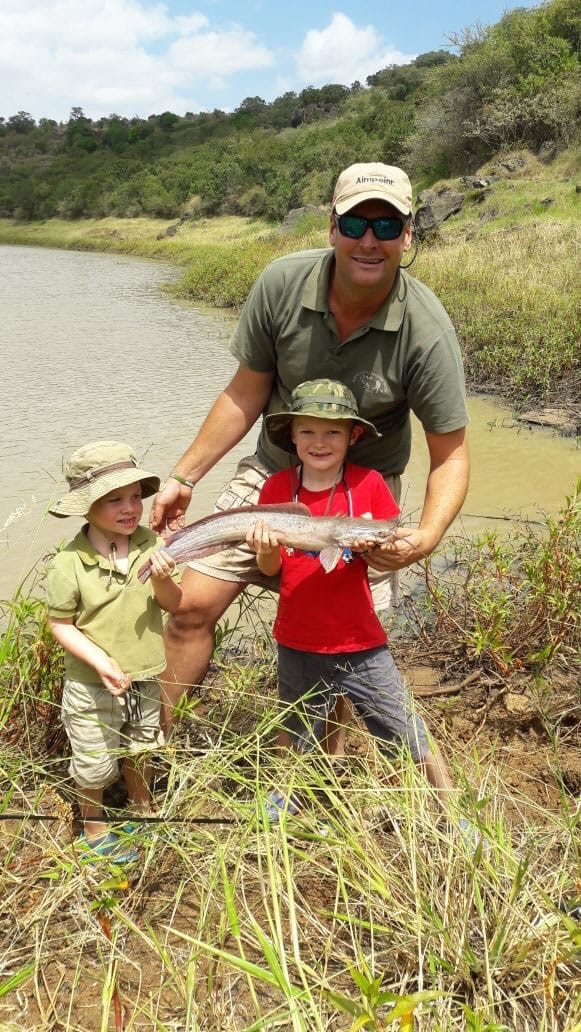 Sean’s family has lived in Kenya for 5 generations, farming and operating safaris. His great grand father was one of the first European men to explore the Masai Mara; where he finally met his match, losing to a charging lion.

Sean studied in Kenya, Zimbabwe and the UK before returning home to Kenya to begin a career in agriculture. Since 2006 Sean has been running all aspects of this busy 24,000 acre ranch and conservancy, and has passionately built up, from scratch, Kenya’s largest Boran cattle breeding stud, with 400 breeding cows and a fine selection of stud bulls.

Sean is heavily involved with every aspect of running Sosian but is happiest out walking in the bush or fishing with his two young sons. Saimon is Sean’s right-hand man and has been a loyal and dedicated employee at Sosian since 2004. Starting as a farm driver, Saimon has scaled the ranks and today is our head of security and anti-poaching teams. Saimon is a great team leader and is passionate about protecting our wildlife.

In 2017 Saimon was invited by ‘ForRangers’ to London to meet HRH Duke of Cambridge, to be congratulated for his outstanding contribution as a wildlife ranger on Sosian. This was an exceptionally proud moment for all of us at Sosian and has filled us with even more determination to continue with this critical wildlife conservation work across Laikipia Simon joined Sosian more recently in 2018, having had great experience guiding across Laikipia. Simon has fitted in extremely well with the Sosian family and brings a wealth of knowledge and enthusiasm. He ensures that our guests don’t go home disappointed and always goes the extra mile when searching for lion, leopard or wild dog. Albie has been a professional safari guide for over 20 years. After studying nature conservation in Cape Town he went on to become a member of the Field Guide Association of South African (FGASA) and holds both level 3 and SKS-DA (Special Knowledge and Skills – Dangerous Animals) qualifications as well as the Kenyan Professional Safari Guides Association (KPSGA) bronze level. Albie is also a registered examiner for FGASA and been heavily involved in guide development since 2009.

Albie started his career in the South African Lowveld adjacent to the Kruger National Park, first as guide, and then, together with his wife, managing safari camps in Kenya and South Africa. Guiding, his main passion, has taken him to many Southern and East African countries and regions – from archeology and bushman rock art in South Africa’s Cederberg region to leading walking safaris in Laikipia.

Albie is also a keen photographer and natural history author and regularly contributes photographs and articles on a variety of subjects to several nature based publications both printed and digital. 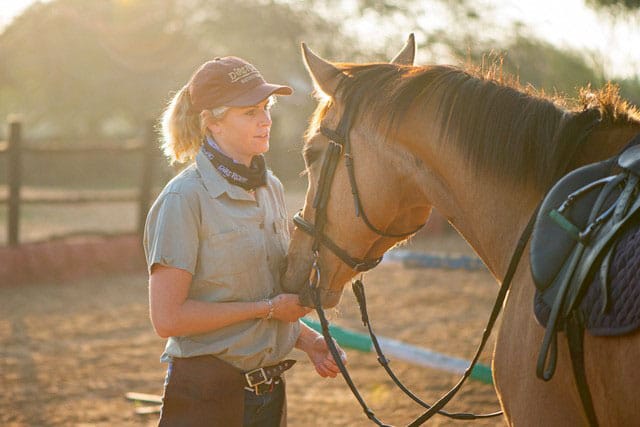 Megan grew up in South Africa on her father’s cattle farm near the Drakensberg Mountain, and soon became an avid horsewoman. Heading off to Australia to study Equine Science, Megan also worked on many professional competition yards, becoming an accomplished rider. Combining this with her love for Africa and its wildlife Megan headed to Kenya in 2016 to work for our sister company, Offbeat Riding Safaris for the next 5 years. Now at Sosian and about to sit her Silver level professional guiding exams, Megan is involved in all aspects of running the lodge with Albie. David is our assistant lodge manager and has been at Sosian since 2001. He started as a gardener but quickly scaled the ranks proving himself to be an exceptional member of the Sosian team. David is integral to every aspect of running the lodge and looking after guests, with his team of cleaners, waiters and gardeners.

Having helped with the restoration of the original ranch house he knows where every pipe and every wire is, which can come in handy! David will turn his hand to anything and is perfectly comfortable taking guests out on a game drive, grooming a horse, or cleaning the swimming pool. Fortunately he loves to be busy! Nico has been the head chef at Sosian since 2003. He is a master in the kitchen and loves nothing more than to keep learning new recipes and techniques. Nico is passionate about using our own homegrown, organic produce from the farm and kitchen garden, and all his culinary delights are made with love. Some of his favorite chefs are Darian Allan (Ballymaloe), Yotam Ottolenghi and Mary Berry.

Nico can cater for every guest and producing delicious vegetarian, vegan or gluten free food just adds to his enthusiasm!

Nico is a great philosopher and has many wise words and funny anecdotes to share. He is always smiling and nothing is ever too much trouble. Charlotte, married to Sean, has been running the Sosian horse safaris since 2006. As a passionate horsewoman, originally from the UK, she ensures a full yard of fit, healthy and well-schooled horses for our guests to ride.

In addition to this, Charlotte also handles all aspects of marketing Sosian to the outside world…as well as any other job that needs help with!

Signup to get news updates and special offers from Sosian.